In a couple weeks it will be 5 years to the day since EcoZip first opened its doors to the paying public.

Our first real zipper, after hoards of volunteers had zipped and in doing so allowed us to sharpen the skills we’d been taught in a sometimes bewildering induction course, was called Belinda.  Understandably, when she arrived on site Belinda and her partner didn’t know that they represented the embodiment of 3-years of planning, research, testing and, latterly, training.   Nor did they know, as they set off with their accompanying zipline guides, that 8 pairs of eyes were intently following their every move; real clients, we felt sure, would behave differently from volunteers.

Sixty months later and a lot of water has passed under the proverbial bridge we’ll soon hit the milestone of our 100,000th zipliner.  Our first cadre of zipline guides was 8 strong and along with EcoZip’s directors they trained under the expert eye of Canadian engineer and zipline course designer, Rich Klajnscek.    At the end of a two-week training course held in unseasonably cold and wet weather, and following the completion of both practical and written exams, Rich declared us competent zipline guides.   Not one of us had any experience in adventure tourism and we’d held roles as diverse as a vet, taxi despatcher, naturopath, builder and landscape gardener. These distinct experiences we reassured ourselves, were exactly the kind of grounding needed to be a zipline guide.

As the ensuing weeks passed we honed our practical skills and learned a few new ones as we sought, largely by collaborative study and sharing, to build on the basics taught by Rich.  By Christmas our uniforms no longer looked embarrassingly new and our personal harnesses, once a bright, rubber-duck, yellow had achieved a begrimed patina that suggested the wearer was an old hand.  Those of us that had previously held down sedentary, office-based roles began to find our skin was becoming sun- and wind-weathered and everyone was quickly getting fitter. We’d all lost weight too, which was more beneficial for some than others.

The business plans told us how many guests we should expect but from the outset we were surprised by the popularity of our nascent adventure.  We realised we’d need more guides if we were to cope with Waiheke’s busy summer season so a further two new guides joined us; one formerly a TV camera operator and the other a nightclub doorman. They both proved to be a huge success and fitted easily in to our small family of zipline guides.  Today that camera operator is EcoZip’s Safety Systems & Training Manager and is now responsible for training, testing and certifying our zipline guides.

Of course it wasn’t all plain sailing and our first panic occurred 2 days before Christmas when our minibus suffered a complete electrical meltdown.  It died, heroically, in the forecourt of Waiheke’s Matiatia ferry terminal and had to be towed to Auckland for diagnosis and repair.  With every mechanic in the city on wind down for the Christmas break it wasn’t going to be a rapid process, so Christmas eve found one of our directors frantically racing around every vehicle hire business in Auckland trying to find anything that would keep us operating. No minibus we knew, meant no tours.  A cancelled booking saw us in luck and disaster was averted. But lesson learned, in the first week of January we ordered a back-up vehicle and now always have a spare vehicle on fleet, just in case.

In 2011 New Zealand introduced a piece of ground breaking legislation in the Health & Safety (Adventure Tourism) Regulations.  This regulation set out to ensure that NZ’s adventure tourism businesses both met standards that would keep their clients and employees safe and, crucially, help safeguard New Zealand’s reputation as the world’s adventure capital.  The law was clear and if you hadn’t been audited and accredited you would be operating illegally – which came with huge fines and even the treat of jail terms.  Then the news broke that the only firm capable of conducting the audits, and issuing accreditation, thought they were insolvent.  A nervous few months followed for the whole industry as we collectively waited, with baited breath, to see what would happen next.  Fortunately, the auditors found they weren’t bankrupt, they just needed to issue some invoices, and the audits slowly recommenced.  We were officially approved in May 2014, more than a year after we’d undergone our audit.   More auditors were subsequently approved and the kinks in the system were ironed out.  Today there are 3 auditors and in May 2017 we successfully passed our triennial audit and were recertified with the AdventureMark standard.

Throughout all this our visitor numbers continued to grow steadily and we welcomed innumerable domestic and international news and media outlets.  In 2015 we featured in episode 5 of The Bachelor, which taught us much about the power of reality TV. We then featured in Germany’s Next Top Model, The NRL Rookie and just days ago in Married At First Sight. We’ve welcomed politicians, All Blacks, film stars and musicians. But without a shadow of doubt our most memorable zippers are the kids from the Variety Mini Bash.

Variety is a charity that supports kiwi kids; kids that may be sick, disabled, disadvantaged or simply just victims of a bad run of luck.  For two years running we’ve chosen a spring day to close EcoZip to the public and give the day to Varity; a day run by a colourful gang who until recently basked in the title ‘The Bashers’. On these days hundreds of kids and their carers have enjoyed an experience that for many wouldn’t ordinarily be attainable.  And it’s the best day of our year.

The Bash has now given way to The Trek and will be the subject of another news item pretty soon. In the meantime, we want to say thanks to all the thousands of zippers who’ve thrown themselves gamely down our ziplines.  Here’s to the next five years. And if you fancy yourself as a zipline guide drop us a line – previous experience really isn’t necessary.

Feel The Fear and Zip Anyway

Just a few pics from 3 fantastic days in ... 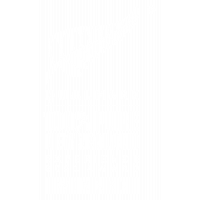 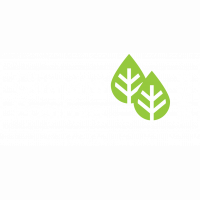